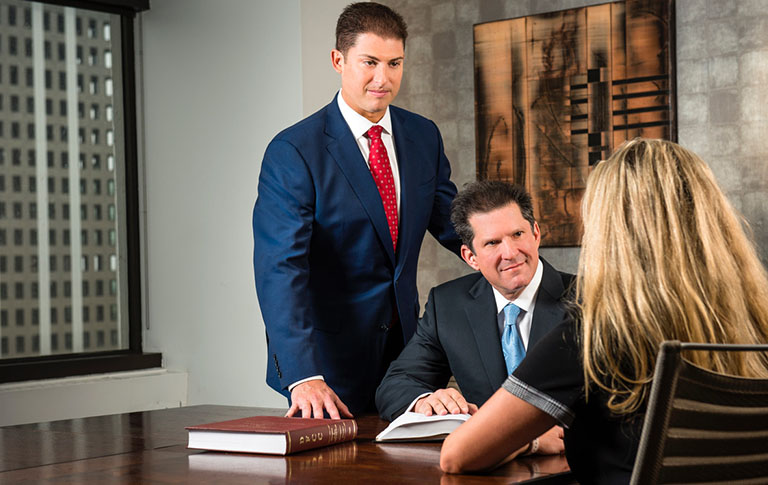 by Glori Gayster
As seen in The New Jersey Law JournalJune 29, 20200 comments

As seen in The New Jersey Law Journal

Much has changed over the last decade when it comes to Cannabis Law. While marijuana possession, sale and manufacture remains technically illegal in New Jersey and Pennsylvania on both the state and federal levels, the states differ on many of the enforcement protocols and penalties. This is particularly true in the area of medical marijuana (MMJ). Laws related to its legal use in New Jersey will continue to evolve.

This past January marked 10 years since Governor Jon Corzine signed the New Jersey Compassionate Use Medical Marijuana Act (N.J.S.A. 24:6I-1 et seq.) into law, making it 14th state to allow medical marijuana. The first Alternative Treatment Center and dispensary opened in December 2012. CUMMA, as it is referred, does not allow residents to grow their own marijuana plants. Instead, the State’s registry allows physicians to initiate patient certification with the Medical Marijuana Program and qualified individuals can possess up to two (2) ounces of medical marijuana within a 30 day period.

Marijuana is classified as a Schedule I controlled substance (a category reserved for substances with a high potential for abuse and no generally recognized medical value). The evolution continues and laws continue to be defined and redefined. Criminal violations, such as driving while intoxicated (DWI), probation and loss of employment for a positive drug test are just some of the changes that routinely draw the attention of legal, medical and political pundits.

As in most states, New Jersey takes a hard line when it comes to DWI offenses. First time offenders, in the case of alcohol, are subject to license suspension and must install an ignition interlock device in their vehicle. The State also takes a conservative position when it comes to cannabis use, including that of MMJ.

New Jersey Title 39 (NJ Rev Stat § 39:4-50) is clear, allowing any amount of marijuana within a person’s blood test as evidence of DWI. Further, the law prohibits a person from operating a motor vehicle with marijuana or its chemical components, metabolites (the non-psychoactive compounds produced from psychoactive substances [THC] in the body), present in a person’s blood stream despite the legalization of medical marijuana for prescribed use.

One underlying issue is how MMJ interacts within the human body. Unlike alcohol, which is broken down by the body within hours, traces of the non-psychoactive material found in MMJ can stay in one’s blood stream for days or weeks depending on an individual’s unique physical and physiological characteristics. Just as no two people are the same, MMJ will react differently patient to patient.

Applying this fact to current New Jersey cannabis laws related to DWI creates inconsistent results. Traces of MMJ stay in a person’s blood for days and marijuana metabolites can be detected even if someone has not ingested the drug on the same day they are pulled over while operating a motor vehicle. Under the State’s current “zero-tolerance” approach, that person could still be subject to prosecution even without the proof of impaired driving. This is based on marijuana’s remaining listed as a Schedule I controlled substance and is consistent with laws in the neighboring Commonwealth of Pennsylvania.

Other states have taken different approaches to medical marijuana and the operation of motor vehicles. Many have taken the position that an individual cannot be prosecuted unless the government can prove driver impairment. There are also several states that have established per se levels of THC (the chemical responsible for the drug’s psychoactive effects), similar to how alcohol is treated (.08 blood alcohol content level). However, at this time, the science of establishing per se levels of marijuana intoxication has not yet been established. Other prosecutors look at the totality of circumstances when handling DUI/DWI matters involving cannabis and base their decisions on a group of impairment issues.

Many predict that states will most likely all move away from a “zero-tolerance” position as the science progresses. Law enforcement will rely on physical observations, body cams, dash cams and other technology to prosecute those who would ingest cannabis to the point where they are unable to safely operate a motor vehicle.

Cannabis Law in New Jersey is a bit more straight forward when it comes to individuals on parole or probation. Specifically, ex-offenders under supervision with a state-issued identification card may use marijuana for prescribed medical use just as with any other valid prescription. Positive test results will not be a violation of either parole or probation. Unlike other states, including Pennsylvania, there is consistency at both the state and county levels.

The fact New Jersey takes an enlightened approach to MMJ use does not permit a medical marijuana patient to take this as carte blanche to travel with the drug across state lines or assume that others states will honor the New Jersey state-issued MMJ card. Simply put, an arrest for DUI/DWI in another state with zero tolerance could trigger a probation violation in New Jersey. The fact that the State’s probation officers have decided to allow MMJ use by probationers does not necessarily bind the other states. An out of state arrest even for medical marijuana users could trigger a probation violation.

Like many states across the country, New Jersey has afforded both employees and applicants certain job protections if they are legally prescribed MMJ for approved medical use. These were most recently expanded in July 2019 when Governor Phil Murphy signed the Jake Honig Compassionate Use Medical Marijuana Act. Not only did this amendment to the New Jersey CUMMA address how patients “qualify for, purchase and consume cannabis for medicinal purposes,” it spoke directly to matters of employment. The act added language explicitly preventing someone from being fired merely based on MMJ use.

In Justin Wild v. Carriage Funeral Holdings, Inc. d/b/a Feeny Funeral Home, LLC (Docket No. A-3072-17T3), the employee, who was prescribed medical marijuana to treat cancer, had been fired after failing an employer-requested drug test ~ something that can be a result of the very nature of MMJ and how long traces may appear in one’s blood system. The plaintiff claimed discrimination as he was legally prescribed and allowed to use medical marijuana outside the workplace by the Compassionate Use Act.

The case was dismissed by the state Superior Court and overruled by the Appellate Division before the New Jersey Supreme Court reaffirmed the lower court ruling that patients approved for MMJ use under the state’s program are protected by the Law Against Discrimination, as long as they are not under the influence at work. The decision has been applauded by many as it also ensures consistency between the state’s “Compassionate Use Act” and “Law Against Discrimination.”

The Compassionate Use Act further addresses other key questions in matters of employment and cannabis use. Employees and applicants may be subjected to employer drug tests according to state law but it is not without specific obligations on behalf of the employer. For any positive result, employers must provide written notification and he or she the opportunity to present a medical explanation within three working days. This includes authorization by a health care provider or Cannabis Regulatory Commission registration. Employers must further allow for confirmatory re-testing at the employee’s or applicant’s expense within the same three-day period.

While employers are now limited in having a “zero-tolerance” drug policy, it is not a “free-for-all” in the workplace. Employers can maintain and act on guidelines that restrict possession or use during work hours and on workplace premises.

In closing there is one constant, more change is on the way. The first four short years has proven that already. Expert opinions vary and include the possible removal of marijuana as a Schedule I controlled substance due to its medicinal value. Another is the question of addiction and balancing the potential dangers. Keeping up to date during the on-going evolution will be important to the legal community and public.

On November 3, 2020, the voting public will have an opportunity to vote on recreational marijuana. In the interim, a decriminalization bill is pending in the State Legislature allowing for possession of up to a pound of marijuana without threat of arrest. Experts predict recreational marijuana will pass in the November election. In the meantime, decriminalization is an important first step.

Mr. Neff began practicing law in 1986 and has limited his practice to the area of criminal defense for more than three decades. As founder and managing partner of Neff & Sedacca, P.C., he leads a team of highly skilled associates, assistants and para-professionals including law clerks, research assistants, paralegals and investigators. The firm also maintains a network of expert witnesses that include drug experts, accident reconstruction experts, DNA experts, forensic toxicologists, forensic pathologists, forensic accountants and others. Although based in Philadelphia, Pennsylvania and Marlton, New Jersey, Neff & Sedacca, P.C. represents individuals and corporations facing serious criminal charges across the United States and internationally. Mr. Neff received his undergraduate Bachelor of Business Administration degree in marketing from George Washington University (1981) then returned to the Philadelphia area to earn a Master of Business Administration in Finance from Temple University (1983) and his Juris Doctor degree from Rutgers University School of Law (1986). He currently resides in Philadelphia, PA with his wife.

Mr. Sedacca has been practicing law since 2010 and over the years has worked on both sides of the criminal courtroom. Prior to joining The Law Offices of Marc Neff, he began his career with the Philadelphia District Attorney’s Office upon graduation from Rutgers University School of Law. As an Assistant District Attorney, he handled thousands of cases in every aspect of the criminal justice process. He has represented clients from variety of backgrounds and he treats each case with the same level of preparation and diligence. The firm, now known as Neff & Sedacca, P.C., is proud to have him as its newest partner. Mr. Sedacca is an active member of the legal community. He is admitted to practice law in both Pennsylvania and New Jersey. He currently resides in Medford, New Jersey with his wife and children.

Reprinted with permission from the June 29, 2020, issue of the The New Jersey Law Journal. Further duplication without permission is prohibited. All rights reserved.