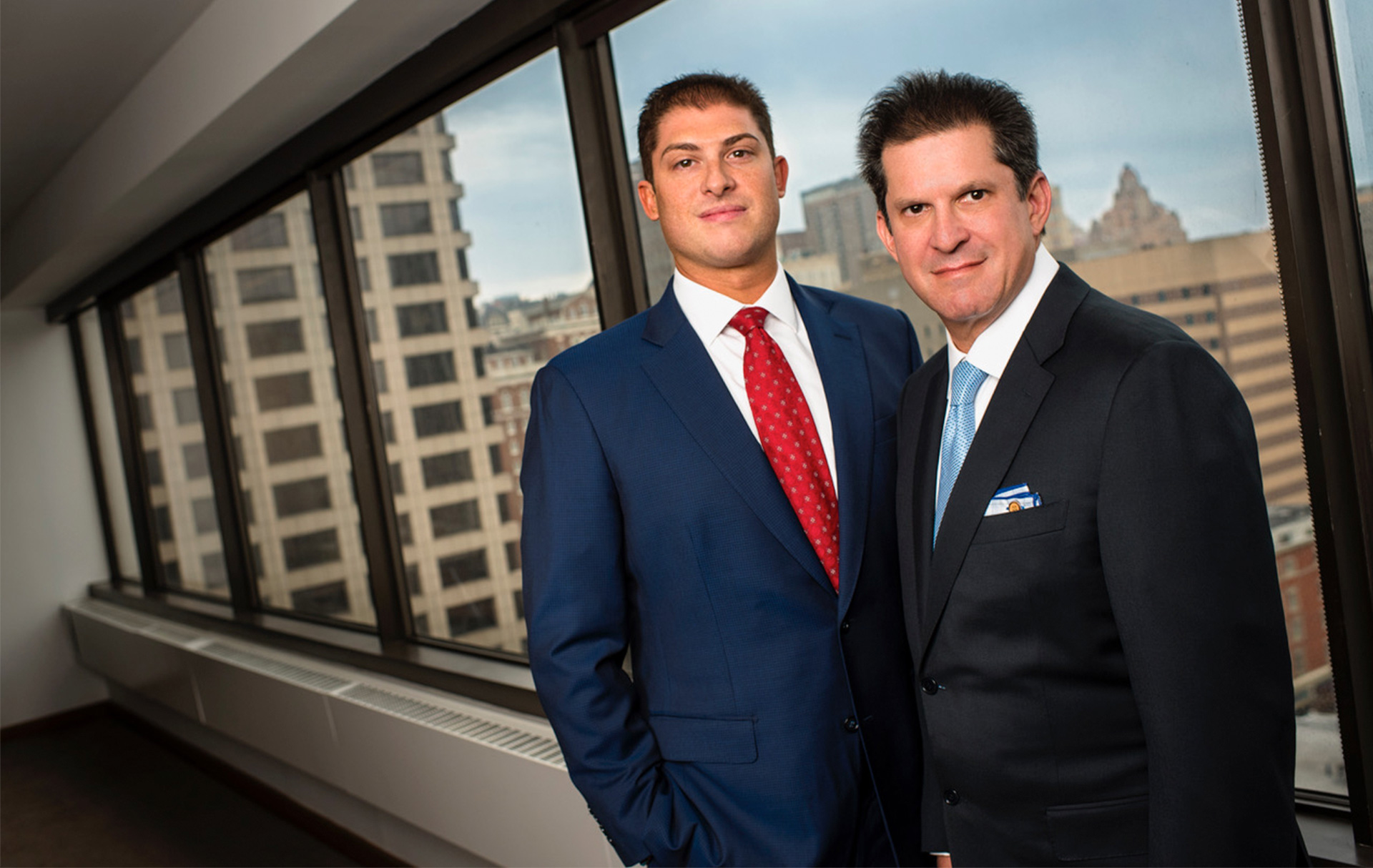 by Glori Gayster
AS SEEN IN THE LEGAL INTELLIGENCERMay 25, 20200 comments

AS SEEN IN THE LEGAL INTELLIGENCER

In four (4) short years, a lot has happened. The one constant has been that of change. The evolution is still in its early stages and the laws surrounding the use of marijuana will continue to be defined. The areas of rapid change include criminal violations, including DUI, probation and loss of employment for a positive drug test.

MEDICAL MARIJUANA & DRIVING UNDER THE INFLUENCE

According to the Pennsylvania Department of Transportation (PennDOT), “there were 49,730 DUI arrests in Pennsylvania in 2018.” This alarming number calls into question how law enforcement and the courts will handle those found to have traces of cannabis in their system.

Despite the legalization of medical marijuana (MMJ), Pennsylvania law still prohibits a person from operating a motor vehicle with marijuana or its chemical components, metabolites, present in the blood stream under 75 Pa. C.S.A. § 3802 (d)(1)(i). After a person ingests MMJ, traces of the non-psychoactive material can stay in his or her blood stream for days or weeks depending on the physical and physiological characteristics of the user. This differs dramatically from alcohol, which is broken down by the body within hours.

As traces of MMJ may stay in a person’s blood for days, marijuana metabolites can be detected even if someone has not ingested marijuana on the same day that they get pulled over when operating a motor vehicle. Under the current “zero-tolerance” laws, that person could still be subject to prosecution even without the Commonwealth having to prove actual impairment.

States have taken different approaches to medical marijuana and the operation of motor vehicles. Many have taken the position that an individual cannot be prosecuted unless the government can prove actual impairment of the driver. Others, including Pennsylvania, have established a “zero-tolerance” statute, which prohibits the operation with any amount of a Schedule I controlled substance, which includes marijuana, regardless of impairment. There are also several states that have established per se levels of the psychoactive ingredients (THC), similar to how alcohol ingestion is treated (.08 blood alcohol content level). However, at this time, the science of establishing per se levels of intoxication of marijuana has not yet been established.

Individual counties within the Commonwealth also vary in the enforcement of DUI and legalized medical marijuana. For example, Philadelphia does not abide by the “zero-tolerance” standard and instead looks at the totality of circumstances when handling DUI matters involving cannabis. Prosecutors base their decisions on a group of impairment factors and the levels of THC (the chemical responsible for the drug’s psychoactive effects) within the individual’s blood stream.

As the science progresses, many predict that Pennsylvania and most other states will most likely all move away from a “zero-tolerance” position and transition their approach to the use of per se levels in marijuana DUI matters. This means a card carrying medical marijuana user would not be subject to prosecution unless the Commonwealth could prove that they were unable to operate a motor vehicle safely.

Unlike DUI arrests, the Commonwealth offers great clarity for individuals already under state supervision who have a medical marijuana card. The Pennsylvania Board of Probation and Parole has stated that people under supervision with a valid authorization for medical marijuana are treated the same as if they have any other valid prescription.

This is not so on the county level. Individuals under county supervision face uncertainty as there is no clear answer when they produce positive drug screens for marijuana. Even with a valid MMJ card, some counties have considered positive results as a violation of probation.

The American Civil Liberties Union (ACLU) has identified seven (7) counties including Lebanon, Elk, Forest, Indiana, Jefferson, Lycoming and Northampton that have banned medical marijuana for those on probation and they have requested the Supreme Court of Pennsylvania give guidance. As a result, the Court agreed to exercise its King’s Bench jurisdiction, a power reserved for matters of “immediate public importance,” to review the issue that temporarily prohibits violating offenders with valid medical marijuana cards. The matter is still waiting a final determination from the Supreme Court of Pennsylvania.

This matter is not at issue in Philadelphia, the largest city in Pennsylvania with a population of more than 1.5 million (based on the 2015 Census) and nearly five (5) times that of Pittsburgh (the second in line). Unlike the seven (7) counties before mentioned, the city’s courts and probation administrators are accepting medical marijuana cards.

As the legal status of cannabis continues to evolve, many in both the public and private sectors have conflicting views on how best to deal with those who use marijuana without a valid medical card. Currently, Philadelphia has decriminalized small amounts of the drug, making simple possession a summary offense. Additionally, District Attorney Larry Krasner has announced that his office would not charge people with marijuana possession nor would the office seek to revoke probation based on positive test results for the drug. This policy is in effect for individuals with or without a valid medical marijuana card.

Although there is a level of uncertainty about what will happen in a criminal courtroom regarding an individual’s medical marijuana card, employees can be rest assured they have protections regarding their employment. The Commonwealth of Pennsylvania Medical Marijuana Act makes it unlawful for an employer to “discharge, threaten, refuse to hire or otherwise discriminate or retaliate against an employee regarding an employee’s compensation, terms, conditions, location or privileges solely on the basis of such employee’s status as an individual who is certified to use medical marijuana.” (Medical Marijuana Act, Title 35 P.S. Health and Safety § 10231.2103.) This affords individuals protection from termination at their place of employment.

This does not mean it is a “free-for-all” in the workplace and making accommodation for medical marijuana use on-premises is not required. This same statute affords employers the right to discipline workers in the event that they are under the influence and/or their performance is below that deemed standard for the position.

SOME WORDS OF ADVICE

At the present time, the Pennsylvania law requires that individuals who obtain medical marijuana keep their Department-issued identification cards with them whenever they possess the drug. (35 P.S. § 10231.303(b)(7).) Having the documentation on hand if encountered by law enforcement is extremely important as officers do not have access to the state’s database for medical marijuana patients. (Pennsylvania Pressroom, (2018, July 30) Wolf Administration: Phase-in of Dry Leaf Medical Marijuana Starts Aug. 1 at Dispensaries [Press Release])

The importance of carrying this ID was further illustrated by the Lehigh County Court of Common Pleas, which recently decided state police troopers who stated they smelled marijuana during a traffic stop were not allowed to search the vehicle once shown any passenger’s medical marijuana card. The Court concluded that in situations where a person possesses a medical marijuana card, the “smell of marijuana is no longer per se indicative of a crime.” (Commonwealth v. Barr, Docket No. 0279-2019 (Lehigh Cty. C.P. Aug. 2, 2019.) This is currently on appeal and awaiting argument before the Superior Court of Pennsylvania.

In closing there is one constant, more change is on the way. The first four short years has proven that already. Opinions vary and include the possible removal of marijuana as a Schedule I controlled substance due to its medicinal value. Another is the question of addiction and balancing the potential dangers. Keeping up to date during the on-going evolution will be important to the legal community and public as a whole.

Mr. Neff began practicing law in 1986 and has limited his practice to the area of criminal defense for more than three decades. As founder and managing partner of Neff & Sedacca, P.C., he leads a team of highly skilled associates, assistants and para-professionals including law clerks, research assistants, paralegals and investigators. The firm also maintains a network of expert witnesses that include drug experts, accident reconstruction experts, DNA experts, forensic toxicologists, forensic pathologists, forensic accountants and others. Although based in Philadelphia, Neff & Sedacca, P.C. represents individuals and corporations facing serious criminal charges across the United States and internationally. Mr. Neff received his undergraduate Bachelor of Business Administration degree in marketing from George Washington University (1981) then returned to the Philadelphia area to earn a Master of Business Administration in Finance from Temple University (1983) and his Juris Doctor degree from Rutgers University School of Law (1986). He currently resides in Philadelphia, PA with his wife.

Mr. Sedacca has been practicing law since 2010 and over the years has worked on both sides of the criminal courtroom. Prior to joining The Law Offices of Marc Neff, he began his career with the Philadelphia District Attorney’s Office upon graduation from Rutgers University School of Law. As an Assistant District Attorney, he handled thousands of cases in every aspect of the criminal justice process. He has represented clients from variety of backgrounds and he treats each case with the same level of preparation and diligence. The firm, now known as Neff & Sedacca, P.C., is proud to have him as its newest partner. Mr. Sedacca is an active member of the legal community. He is admitted to practice law in both Pennsylvania and New Jersey. He currently resides in Medford, New Jersey with his wife and children.

Reprinted with permission from the May 25, 2020, issue of the The Legal Intelligencer. Further duplication without permission is prohibited. All rights reserved. © 2020 ALM Media Properties, LLC.